The Western Path of Occult Science and Initiation 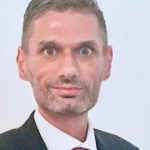 If a student wants to step on the magic path to solely strengthen selfishly his personal power or abilities, then he considers Magic just as a tool to get the better in regard to others. These students are the first candidates of the dubious lodges. There are numerous tests and probations on the path to freedom that correct such faulty concepts and views towards the environment. Magic deals with the highest and most sacred Mystery.

Magic education assists in transforming destructive areas of life into constructive experiences. The more advanced an adept is, the more helpful will be his support within a Mystery school. An esoteric order has to accomplish several tasks: on one hand being active under the pledge of secrecy and thus, creating a powerful energy field which is brought into the world in a helpful manner and the source of which is not identifiable; and on the other hand guarding the millennium-old knowledge that has been passed on from one generation to another. This knowledge resembles the dawn after dusk and enlightens the eyes with higher visions. The evil cannot cling to the righteous, since his insight illuminates any darkness. Whoever wants to hoist up the flag of Mysteries and proclaim its sovereignty is only able to do so by setting an example to others. First, it is necessary that you change your profane habits that are hostile to life.

Equally, it is essential to consider the study of the Mysteries as the highest grade of knowledge despite the resistance of society and exoteric science. The guardians of the Holy Light have not wandered through so many ages just to see themselves failing at the cliffs of skepticism. Humanity on earth is currently too immature to accept the often intriguing evidences of the occult forces. Hence, adepts are predominantly concerned with the education of individual students who endeavor to permeate the veil of matter and reach the world behind of the original causes. A criterion for the selection of a student lies in the inner motive that makes him to seek the higher teachings and guidance of adepts. If the inner motives are contaminated with a minimum of selfishness and there is a shade of conceit, then he is unable to be admitted to the higher magic doctrine.